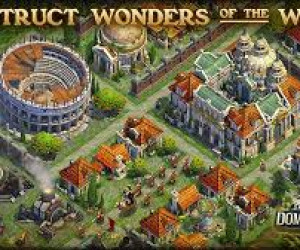 In 1982, Canada’s first commercial video game was developed by two high school students. Called Evolution, it’s hard to believe that this appropriately named title would lead to an evolution of video game companies and how games are made. Most games from that time period were developed by one or two people, and now teams often blossom to be in the hundreds. According to gameindustrymap.com, there are hundreds of video game companies in Canada, many more than you might think.

While the technology games were created on and for in the 1980s is very primitive compared to today, the process involved might also seem archaic. Today, most video games have more in common with movies than they do with simply moving a ball around on a screen. In fact, some of the processes behind making games just might surprise you.

I recently had the opportunity to go to Ubisoft Toronto, one of Canada’s largest game developers, to see some behind-the-scenes development on their latest game, Far Cry Primal, which was released Feb 23. While I am familiar with how games are made these days, even I was a little surprised at the effort involved.

When Jean Sebastian Decant, the narrative director on the game, described the setting (10,000 BC) I was immediately drawn into thinking about how there were no guns in that era. Far Cry games have always had guns, and the shooting genre remains one of the most popular in video games. Animals play a big role in the game, and it was clear that the team wanted to show a level of respect to animals as equals in the game. There were so many other things going on in my head about how this would all work.

I also got to meet Andrew Byrd, a professor of linguistics at the University of Kentucky who led a team of five tasked with creating an entirely new language for the three tribes of people in the game. Ubisoft took this seriously, spending a lot of time and money to create more than 40,000 unique words for a language that doesn’t actually exist but is likely (based on historical research) very close to what a spoken language could have been like at the time. Since we have no recorded records, the task is difficult but people like Byrd are trained to make educated guesses. I also couldn’t help but think the effort put into creating the language would be offset by making localization into other languages much easier, since only the subtitles need to be translated. It’s a smart move all around.

Speaking of moves, I got to meet Cara Ricketts who is one of the lead actors in the game. Along with other journalists, we played out one of the scenes at Ubisoft’s motion capture studio. To make the transition from acting and real motion to a final product is quite the process but the way it's done today is an incredible evolution from where it started many years ago. I even saw proprietary tools that allow the director to see a rough idea of what the final scene will look like as it is played out, in real-time. That was the most amazing thing I think I have ever seen when it comes to the process.

While Evolution may have jump-started the development of video games in Canada back in 1982, it’s a far cry from what we are producing today. More than just a playground for computer programmers and technology enthusiasts, the entertainment of today pulls in artists, actors, programmers, choreographers, musicians, directors and more to bring out the finest final product. It even allows for a guy like me to hold a modified broom handle (that appears as a spear in the game) and feel like a little kid again, playing out a scene from my favourite movies on the playground. Evolution, indeed.

Syd Bolton is the curator of the Personal Computer Museum and the manager of Information Technology at ACIC/Methapharm. You can reach him via e-mail at sbolton@bfree.on.ca or on Twitter @sydbolton.