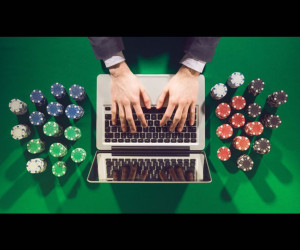 Canada has never been a country to be left behind when it comes to economic growth. It is therefore not surprising to find out that Canadian Provinces seek to make huge benefits from the online gambling industry. The casino industry has been one of the most vibrant industries when it comes to adding to the wealth of countries that have accepted their operations. With countries like Gibraltar, the Isle of Man and Cyprus among many others already legalizing the activities of online gambling sites, it only remained a matter of time before Canada followed suit. Also with the legality of online gambling sites left to the various Provinces to determine, finding authentic Canada online casinos is now very easy in provinces like Ontario.

Within the various Canadian Provinces, it can be said that the acceptance of online gambling sites was once a gradual process some years ago. However, latest trends show that there is going to be a sudden surge in online gambling activities within Canada. Canada, unlike the other countries that seems to have a lukewarm attitude towards online gambling, seeks to reap the huge profits that the online gambling industry offers. This eagerness by the Provinces to boost the economy through online gambling can be seen in how quick Ontario and Alberta were in moving to accept.

For instance, in Alberta, the move to join the bandwagon of Provinces that accepts online gambling coincided with the falling of oil prices in Alberta. An article published by CBC News in 2015 had Bill Robinson, the head of Alberta Gaming and Liquor Commission as saying, “It has nothing to do with oil actually.” However, critics saw Alberta’s decision as a move to also find another source of revenue for the province as oil prices continued to fall drastically.

Professor Robert Williams of the Lethbridge University had submitted findings to the Alberta Gaming and Liquor Commission in 2011. In his report, he was completely against any move toward legalizing online gambling activities in Canada.

His report was cited by the CBC News in its edition published on the 11th of May, 2015, “The large majority of Canadians will indicate that the harms far outweigh the benefits and they are not in favour of further expansion. This goes against economic sense, it goes against social harm considerations, and it goes against the desire of Alberta citizens, so the only rationale is increasing AGLC revenues because of the price of oil” remarked Professor Robert Williams.

However, a few years down the line, the recommendation by the Alberta Gambling Research Institute (AGRI) seems to have rather been short-sighted. This can be seen in countless numbers of Canadian citizens placing bets on various offshore online gaming sites located in countries like Gibraltar, Cyprus and the Isle of Man. This totally contrasts the findings of the Research team. With Canada not having laws that criminalizes placing of bets by Canadian citizens in online gambling sites operated by offshore companies, it only highlights the point that more revenue will be earned by those countries at the expense of the Canadian government.

In a comparative analysis by the CBC News, it came to light that five percent of gamblers are accountable for more than 30% of revenue accrued by the gambling industry. With government spending just a little of its revenue on problems associated with online gambling, it is just a matter of time before the entire Canada wakes up to the reality that online gambling has the full backing of all Provinces. It is therefore left to the various provinces to determine whether they will prefer to legalize online gambling activities and reap the benefits or not.